Menchville Students Participate in the “Every 15 Minutes Program”

Students acting as the “Living Dead”

This past week, Menchville High School participated in the Every 15 Minutes Program; a two-day program for high school juniors and seniors, challenging them to think about drinking and driving, personal safety, the responsibility of making mature decisions and the impact their decisions have on family, friends, and many others. The goal of the program is to reduce alcohol and distracted driving related incidents among teenagers in Newport News and surrounding cities. The Newport News Commonwealth Attorney’s Office, Riverside Regional Hospital, Peninsula Funeral Home and the Newport News Fire and Police Departments were partners in carrying out the program.

The program is designed to create awareness among students that they are not invincible to death and maiming. During the first day of events, pre-selected students acting as the “living dead”(complete with white face makeup) and a black “Every 15 Minutes” T-shirt, were removed from class by the “Grim Reaper.”   After the students were removed a sheriff’s deputy read the student’s obituary to the class.  The obituary was formulated by the “dead” student’s parent(s) explaining the student’s abrupt demise and how he/she contributed the community.

A 911 phone call for help was broadcast throughout the school building and teachers escorted students to the front parking lot where a simulated traffic collision was set up.  The scene was horrific, with bloodied and broken students trapped in the wrecked cars or flung across the hood.  As students watched, Rescue workers arrived to treat the “injured” participants.

Students Kayla Paxton, Corben Henley, Courtney Marble, and Riley Sweeney experienced first-hand the sensations of being involved in a tragic, alcohol-related and texting while driving collision.  As students watched the coroner arrived to handle Paxton’s staged fatality on the scene. Injured students Marble and Henley were extricated by the jaws-of-life manned by fire-fighters and paramedics. Marble  was loaded into the famous Nightingale helicopter while Henley was transported via ambulance away from the scene. Police Officers then rolled in to investigate, arrest, and book Sweeney as a “drunk driver.”

At the end of the day, students who participated in the staged accident, as well as those who were made-up as the “living dead” were transported to a local hotel for an overnight student retreat. The retreat was designed to simulate the separation from friends and family.

While at the retreat each student wrote a letter to his or her parents starting with . . .

“Dear Mom and Dad, every fifteen minutes someone in the United States dies from an alcohol related traffic collision, and today I died. I never had the chance to tell you…….””

Parents were also asked to write similar letters to their children.

The program concluded with an assembly on Thursday hosted by Project Coordinator Sharon Hedgepath-Sanders who guided Menchville’s juniors and seniors through the devastating effects of losing a loved one due to a bad choice. In the most heart wrenching part of the program, parents shared their personal reflections of their involvement in this program; reading the letters they wrote to their children. Menchville also welcomed a very powerful speaker Vicky Madison, who lost a spouse to a drunk driver, her message and story evoking tears from the crowd.

The focus of the assembly was to stress to Menchville’s upperclassmen that the decision to consume alcohol can affect many more people than just the one who drinks and the dangers of texting while driving. 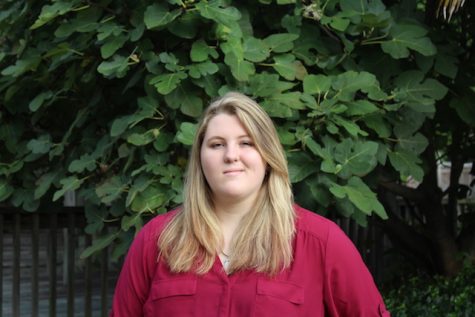