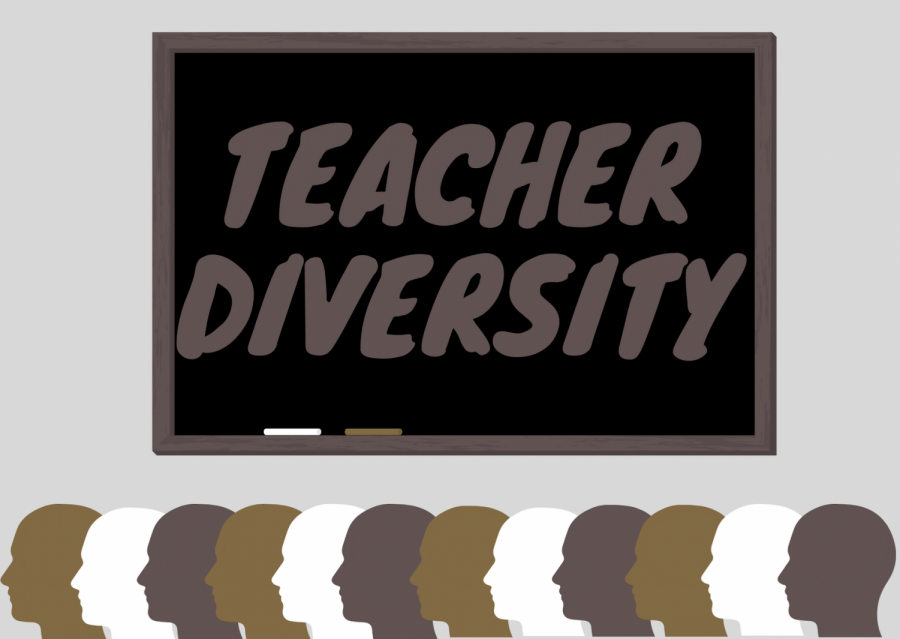 The Importance of Teacher Diversity.

The Importance of Teacher Diversity

Discussions about student-teacher connection seem to circle back to one thing – diversity. Students may connect better with a teacher who looks like them and comes from a similar background.  The lack of teacher diversity in schools is a common concern around the country, having effects on many students- whether they are working towards their diploma, resisting the urge to drop out of high school, or deciding what path they will take in post-education life. Many students would be more motivated to make rational decisions about their education and life-after high school if they started with teachers whom they have a strong, motivating connection with.

In a Washington Post article, published in December of 2019, the topic of teacher diversity was discussed. While school districts are slowly showing a rise in employment for teachers who are of color and/or men, there is still a very small percentage compared to the most commonly employed teacher: caucasian women.

The conversation about the low employment rate of more diverse teachers is not only a topic of interest because of the obvious importance of diversity in our country, but also because of the connection that something like race and gender can have with students.  Menchville’s Assistant Principle for Instruction, Michelle Banks, agrees “It is very advantageous for students to see a reflection of themselves.”

“It is very inspirational for students to see someone who looks like them, especially students who are disenfranchised because of ethnicity or race,” said Banks. “For other students who don’t necessarily interact with other people of different ethnicities, to see people in that capacity of being a positive role model, it is just positive for everyone to experience that amount of diverse role models.”

According to Banks, Newport News is trying to hire a more diverse set of teachers. “They [NNPS] have actually branched out as far as recruiting efforts,” says Banks. “They have traditionally gone to CNU to recruit some of their student teachers, and there have purposefully been visits to HBCUs [Historically Black Colleges and Universities] to see if we can pull some more minority students.” Banks ends with saying that the efforts have gone as far as “going around different parts of the state” to hire minorities, including men.

Many African American students believe that the connection  they have with a teacher of the same race as them cannot be the same as with a teacher who may be a different race. Senior Secret Smith, thinks “teachers have a big part in students’ lives, and looking similar to them or coming from a similar background as a student can change their [students’] learning.” A majority of Menchville’s population is made up of racial minorities, the predominant race being African Americans. “My friends and I feel like we can’t connect with the white teachers because we don’t know how they feel about us, because we aren’t the same as them,” says Smith.

Many teachers who fall into the more diverse category are also taking time to help those students who find themselves in situations that require more attention from people who look and sound like them. Wanda Rodriguez, who moved from her home island, Puerto Rico, a few years ago, has been using her fourth year at Menchville to go beyond her job title. Rodriguez has been using her personal money to give the teens in the ESL program a well-rounded experience that they can learn and grow from. The predominantly Spanish-speaking teens in this program seem to have a personal connection with Rodriguez, as she provides a safe space with no language barrier, making the students feel like they are at home and not overwhelmed as they may feel in other classes.

When speaking with Rodriguez about the importance of teacher diversity, she believes that “We [Menchville] need a more diverse set of teachers because our school’s population has really changed this year.” Rodriguez jokingly added that students “feel a connection with her,” because she adds that extra bit of “cha-cha slide” into their lives.

While race is a concern the employment of male teachers is also quite low; something not mentioned in the Washington Post article. Although there are no statistics posted on the amount of men employed as teachers in Newport News Public Schools, a quick count of the faculty listed website shows that female teachers outnumber male teachers 3-1 at Menchville.

NNPS recently sponsored an event called the “RISE! Male Empowerment Conference,” which, according to the NNPS district website, was put in place to “provide information and resources that will equip male students for emotional, social, academic, and future success.” One of Menchville’s few male and African American teachers, Joel Mungo, thinks that more gender diversity can help male students “have someone to relate to because of a similar background or a similar identity.”

With an increase in employment of more male teachers and racial minorities, students would have a great starting point that could shape the rest of their lives. 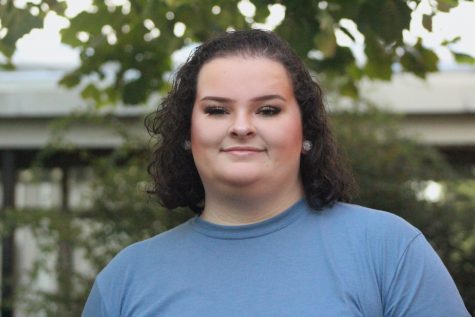 Committed to graduate in 2020, Shayla Shuping is a violist in Menchville’s orchestra and a second year staff writer for The Lion’s Roar. Outside of...