A vandal has struck Menchville’s walls with obscenity and anti-LGBT sentiment again, but true Monarchs stand against the spread of hate on campus.

Menchville Will Not Stand For Hate Speech

For the second time this year, Menchville High School has been tagged with obscene graffiti. The first time, the perpetrator targeted a wall outside of the trailers. This time, the vandal has spread their content throughout the campus, tagging their work with a message: “I’m Back.” Plant Services has been working hard to remove the vulgar images and hate speech that have no place in school.

A large majority of the hate speech written was homophobic, which has caused distress for many LGBT monarchs.

“Quite frankly, I’m appalled,” exclaims Junior Elliot Lawler. “As a member of the LGBT community, having to see homophobic messages graffitied not once, but twice, has been very upsetting. It’s seriously concerning to see this happening in my own school.”

Menchville Alumnus Olivia Kohlman (class of 2018) was deeply concerned when she received news of the incident: “I think it’s disappointing to say the very least. I loved my time at Menchville, and it felt like a home to me. To be quite honest, it makes me fear for the future, because that is a level of hate that is taught, not something someone woke up one day and decided for themselves. I hope to see our school take necessary action in catching this kid, because school is a safe space for kids whose homes are not.”

Jayla McCoy is a sophomore and a member of the Gay Straight Alliance, who said she was unsurprised by the return of the graffiti. The homophobic messages particularly hit home for McCoy: “We should be able to express ourselves at school, especially when it causes zero harm to anyone. As a school, we need to have this resolved. Everyone should be entitled to whatever they believe in, but it shouldn’t get to the point where people fear coming to school just because they are scared they’ll be attacked.”

Sophomore Sophia Ottofaro was outraged by the graffiti: “Not only is the hate speech affecting the school environment and mood of our student body, it is affecting our custodial staff (with Plant Services). I witnessed multiple school custodians, slaving over the graffiti with power washers, giving up their time as a result of others’ stupidity. I am extraordinarily disappointed in the group of culprits that did this.”

“I think it’s an act for attention and an act of a hater,” explains freshmen Meghan Barnes.

When the first round of vandalism struck in September, Principal Bobby Surry was disappointed by the display of hate on campus in this illegal form, and used the opportunity to encourage tolerance in the Menchville community. Now, a month later, he is forced to do the same again.

“Why would somebody waste their time to do something so foolish and to put others in a spotlight? It’s their way of making themselves look big. But, if you have to do something in the dark where no one else can see you, then at that point you know it’s wrong,” explains Surry. “If you have strong feelings, there are many platforms to explain it, but if you vandalize public property, or anyone’s property, then maybe your feelings are totally wrong. We apologize for the actions of others. It is hurtful, and it is against the law.”

There is currently an ongoing police investigation into the identity of the vandal. Many Monarchs hope that action is taken against the perpetrator and that students stand together to present a united front against hate speech and spread a positive atmosphere within our community. 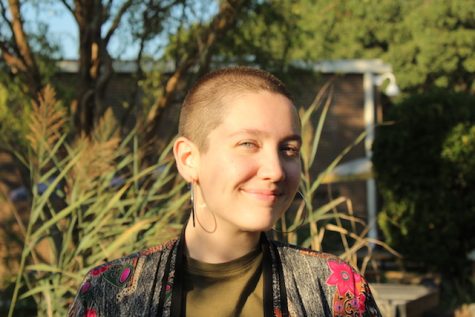 Committed to graduate in 2019, Kelly Ritenour is a dedicated member of Menchville's journalism staff and theatre department. She loves writing poetry,...