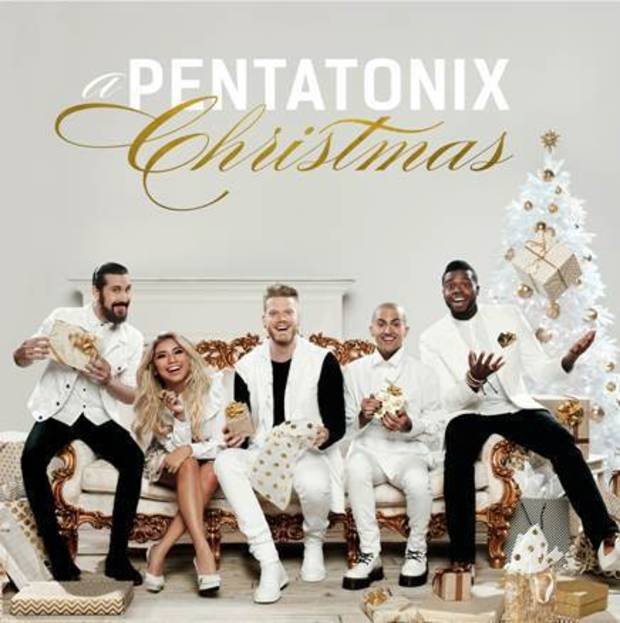 This year the Pentatonix released a Christmas album, and the songs include: “O Come, All Ye Faithful,” “God Rest Ye Merry Gentlemen,” “White Christmas,” “I’ll Be Home For Christmas,” “Up On The Housetop,” “The Christmas Sing-Along,” “Coventry Carol,” “Hallelujah,” “Coldest Winter,” “Good To Be Bad,” and “Merry Christmas, Happy Holidays”

My favorite songs on the album is “Hallelujah”. I love the ending of Hallelujah because everyone is humming and the song is slow and it sounds really good. Kirstin Maldonado is a great singer because when she sings she stands out a lot because of her voice.

Pentatonix (often abbreviated as PTX) is an American a cappella group from Arlington, Texas, with five vocalists: Avi Kaplan, Scott Hoying, Kirstin Maldonado, Kevin Olusola, and Mitch Grassi. Pentatonix formed in 2011 and came to prominence the same year by winning the third season of The Sing-Off on NBC, their victory earning them $200,000 and a recording contract with Sony Music. Pentatonix’s official YouTube channel is currently the 13th most subscribed music video channel and the 44th most subscribed channel overall.

Avi Kaplan (born April 17, 1989) won the ICCA Award for “Best Rhythm Section” for his performance with Fermata Nowhere. His sister Esther became the tour manager for Pentatonix. While competing on The Sing-Off, his group performed “Let’s Get it On” by Marvin Gaye.

Kristin Maldonado (born May 16, 1992) is an American singer and member of Grammy Award winning a cappella group Pentatonix. She performed in numerous stage productions, including shows around the Metroplex such as Casa Manana and Bass Hall.

Kevin Olusola (born October 5, 1988) is an American musician, beat boxer, songwriter, record producer, singer, and rapper. Olusola is best known as the beatboxer of the vocal band Pentatonix. He sang, performed as a beatboxer, and also played the cello, the saxophone, and several other instruments.

Mitch Grassi (born July 24, 1992)  is in pursuit of a career in music production with ambitions to become a professional electronic musician and DJ .He was a high school senior when he taped for The Sing-Off, a reality singing competition show hosted by Nick Lachey.

This Album is available at Walmart, Best Buy, Ebay, and Barnes and Noble!