Athlete of the Week- Morgan Merritt 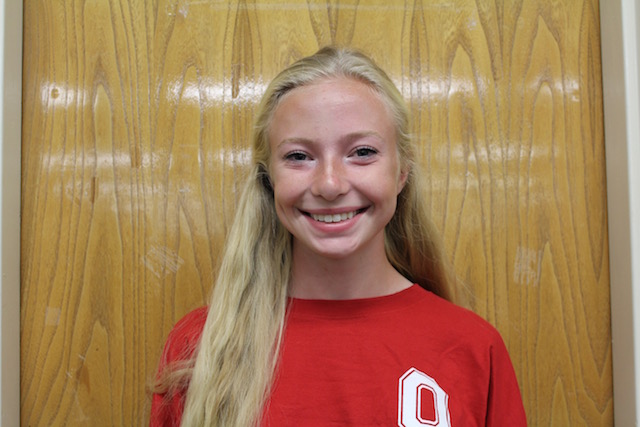 Sophomore Morgan Merritt was selected Field Hockey Conference 10 Player of the Year. Even though Morgan has been playing the sport for seven years, as a sophomore this year she claimed ” I wasn’t expecting to be picked.” Her parents are her biggest influence because they pushed her to work hard and tell her to continue to play the sport.

Morgan’s coach, Coach Kuykendall tells us ” Morgan played for a while, and the past two to three years she has really developed on and off the field. She is mentally and physically stronger. I would say she is one of the best players not only at this school but across the water. We are lucky to have her at this school.”

Morgan plans after graduation are to continue playing field hockey for either JMU or Ohio State. For the Menchville Monarchs, she hopes they will go to states this year for the first time. Three words she would use to describe herself are athletic, energetic, and funny.