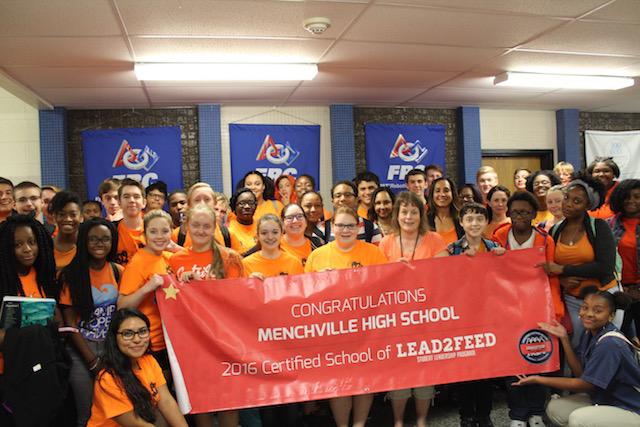 Taking a Bite Out of Hunger – Menchvilles L2F Kickoff

Menchville High School kicked off their third year of involvement in the national Lead2Feed program on Wednesday, September 28th by herding about 440 freshmen into the bus lot. Once there, students engaged in a Privilege Walk led by Activity Director Pete Mercier, and English Teacher Allison Nuckols.

Lead2Feed (L2F) is a non-profit, student leadership program that “nurtures a new generation of student leaders, while working to end hunger or another community need,” L2F schools partner with a local charity and are then eligible to compete for chance to win over $275,000 in charity grants and $150,000 in technology grants for their school. Started in the 2014/2015 school year, faculty and students were able to collect a total of 6,000 cans; earning MHS a second place rating on L2F’s board and winning $10,000 for the Peninsula Food- Bank.  Last year,  MHS expanded the program with service learning projects and took first place nationally, collecting 6,594 canned items, $25,000 for the Peninsula Food-Bank and a $10,000 technology grant for the school.

Parallel to last year’s kick-off, the Class of 2020 was introduced to the Lead2Feed program and given a goal; create one massive class project. While the project still remains undecided, students were actively engaged in the Privilege Walk, an activity designed to help students see their classmates in a different light.   Students responded to questions by stepping forward if it applied to their upbringing. Questions included; “Does your family expect you to go to college?” “How many people were raised in a two parent household?” etc. The activity was further explained by Nuckols;  “This activity is not meant to embarrass anyone, but rather open your eyes to the inequality around you.”

Students around the school also contributed to the kick-off by wearing orange in support of the “National Hunger Awareness” organization.

With a goal to broaden the program in order to replicate last years success, Menchville High School has chosen to once again partner with the Peninsula Food Bank who serves an average of 100,000 plus people yearly in the Hampton Roads area. Menchville has a high expectation for success this year with the Class of 2020 and plans for them to meet after school will soon be announced. 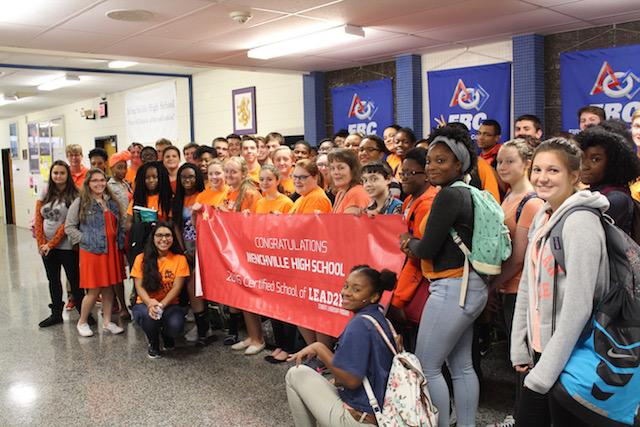