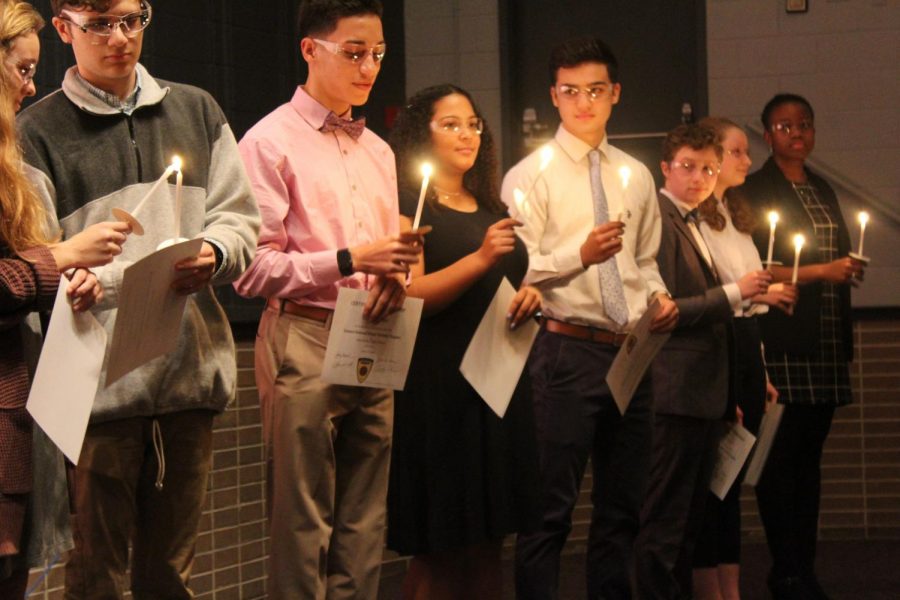 Inductees don safety glasses for the candle lighting ceremony- a fitting tribute to the scientific society.

On Tuesday, January 14, the Menchville Chapter of the Science National Honor Society welcomed 29 new students to their ranks.

The following students were inducted into the Menchville chapter of the Science National Honor Society:

Congratulations to the new inductees.