John Mulaney and the Sack Lunch Bunch: Weird but Funny 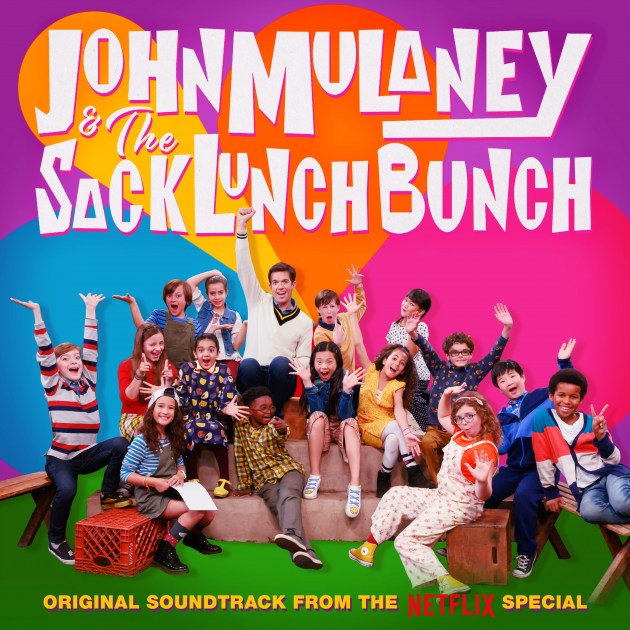 John Mulaney and The Sack Lunch Bunch- a great laugh for all!

Two comedians, three singers, and a bunch of little kids all performing in a musical spoof of 1970’s children variety specials. Does it get any better than that? After watching John Mulaney and the Sack Lunch Bunch, you might answer that question with a “no.”

John Mulaney and the Sack Lunch Bunch is an hour of tv that’s funny for kids and adults, that caters to both without favoring one group over the other. The special starts with the quote, “Do you know who tells the truth? Drunks and children.” before shifting to Emmy award winning comedian John Mulaney, who describes the show as, “A children’s musical special from a man with neither children nor musical ability.” This whole description probably sounds pretty weird, but John Mulaney embraces that and thrives on it in this crazy hour of tv.

One reason the Sack Lunch Bunch is so good is the guest stars and how perfect they were for their roles. Whether singer or comedian, all of the guest stars really committed to their wacky characters. The guest stars were broadway performers André De Shields and Annaleigh Ashford, actors Natasha Lyonne, Richard Kind and Jake Gyllenhaal, and Talking Heads singer David Byrne. André De Shields, Jake Gyllenhaal, and David Byrne have the most memorable appearances, as all three of them have skits built around them.

Andre De Shields is the first guest star to perform, playing an algebra tutor who lost his eye. In his sketch, he sings to his tutee about how knowing algebra can save your life. A little later in the show comes the sketch starring David Byrne, as he sings to a party of adults trying to get attention. The skit starts with a girl at her mom’s work party saying she has a play she would like to perform for all the adult guests. As she begins, all the guests start talking, prompting the girl to break into song about how no one ever pays attention. This is when David Byrne comes in, making the song look like a Talking Heads music video as he dances and struts around, even at one point wearing a costume from Frozen. The final guest star is Jake Gyllenhaal, who, most would agree, has the most outrageous character. Jake Gyllenhaal comes onto the screen wearing a xylophone jacket, multicolored striped pants, and a clip on mustache. His character’s name is Mr. Music, and his goal is to teach everyone that music can come from any object. Unfortunately, none of the objects make sounds, which leads to a downward spiral for Mr. Music, causing his clip on mustache to fly off in an existential fit of rage.

The final, and arguably the best part of the Sack Lunch Bunch special, is the Sack Lunch Bunch. The Sack Lunch Bunch is a group of 15 insanely talented children, who sing and dance with Mulaney and the guest stars throughout all the musical numbers. And whether you think of these children as something ironically funny, or just straight up funny, they’re funny and they really heighten the show. A show that is a great show for anyone who needs a laugh.