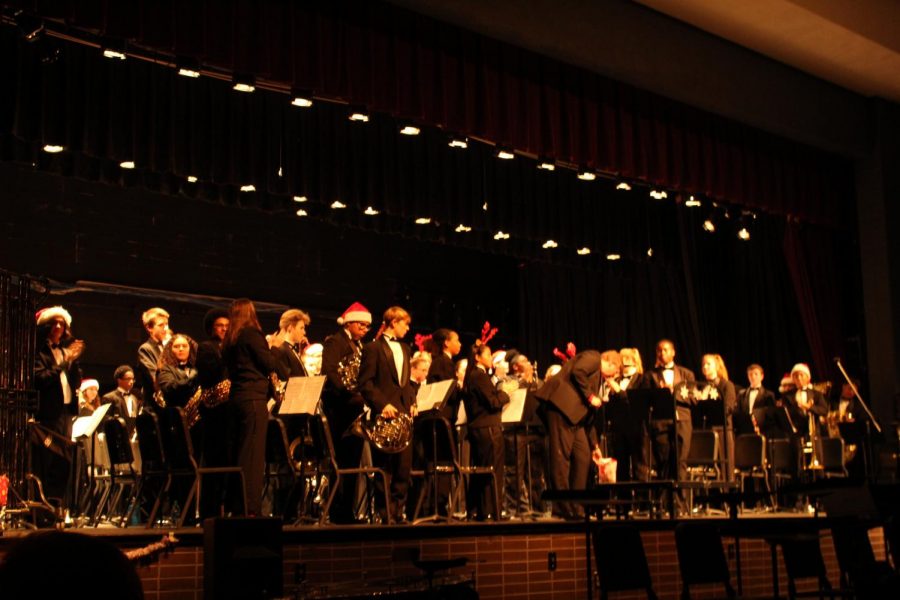 The concert started off with the Jazz Band that performed Santa’s in Town and Jingle Bell Boogie followed by the Brass Ensemble that played The Voice of Christmas. The soloist of the night was Chanler Mullnis. Christmas cheer filled the auditorium while the festive music captivated the audience. The Concert Band transitioned got on  stage and performed Sparkling Lights. Menchville’s  Band Director Deborah Sarvay talked about the history of Russian Christmas Music and the band played the song beautifully. Holiday spirit was in the air as the band played the well known classics And Heaven and Nature Ring, The Polar Express, and Hallelujah. Thanks was given to Mz. Barbra (Smith) for transporting the band for the past 20 years and the band stood and applauded her as she was recognized. The concert concluded with a bang with Rejoice the Season and a well known favorite, Sleigh Ride.