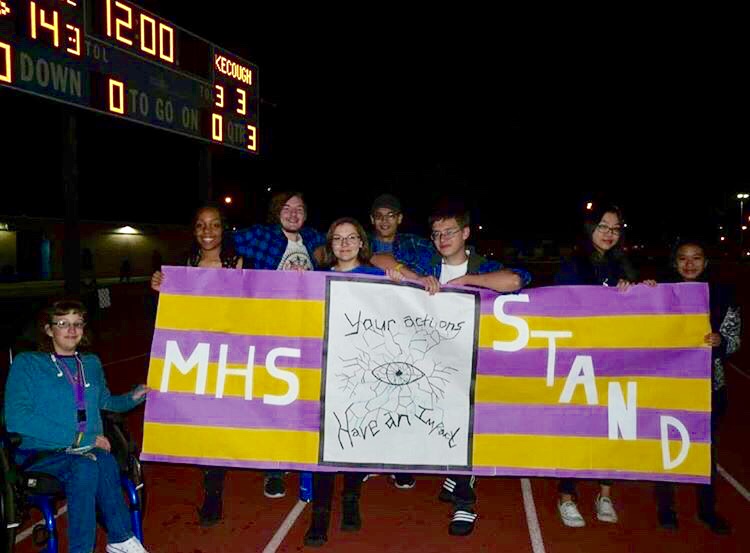 Members of Lead4Change rallied together at Todd Stadium with other Newport News Public Schools on Friday, October 18 for STAND Night. During halftime of the Woodside vs. Kecoughtan football game, Lead4Change circled the track of the stadium displaying their STAND banner and protesting against bullying. The team also wore blue in support of anti-bullying week.

STAND Night is an event that highlights the Newport News Public Schools theme of “standing” against bullying. Groups from every school in Newport News create anti-bullying banners and posters and display them with a march around the Todd Stadium track. Students and families are also encouraged to wear blue in support of bullying awareness and prevention.

This is the club’s second year participating in STAND Night. Said Lead4Change member Virgilio Tejano, “STAND Night was a great event in which the community could stand against bullying and violence.”