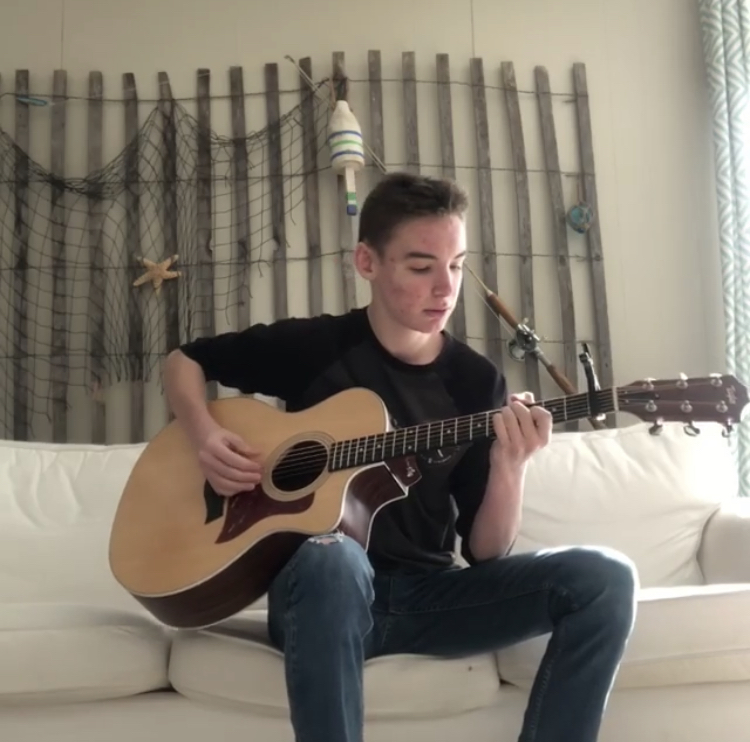 Junior Evan Gray is coming back to Menchville Rocks 2019 after performing at last year’s show. Gray performed, “Wagon Wheel” by Darius Rucker, “Need the Sun to Break” by James Bay, and “Show You” by Shawn Mendes last year and is ready to showcase his guitar and singing skills with some new songs.

Gray likes to play many different genres, and his varying taste is reflected in the music he likes. He is not entirely sure of his full set yet, saying, “The only song I know of right now is “Through the Valley” by Shawn James.”

According to Gray, “Seeing people smile and seeing how they react to what I play,” is the most exciting part of performing in front of others, and even though it can be a little nerve wracking, it is worth it at the end. Gaining experience is another benefit of Menchville Rocks; it allows young students who love to play and entertain to have an opportunity to do so.

“Performing is typically scary, but seeing how people react seems to help,” Gray notes.  This is his second year playing at Menchville Rocks, but he has also played at open mic nights and at Menchville’s Got Talent freshman year, so performing in public is getting easier each time around.

To hear Gray’s next performance, come and support Menchville Rocks on Thursday, February 28 at 6:30 in the auditorium here at Menchville.