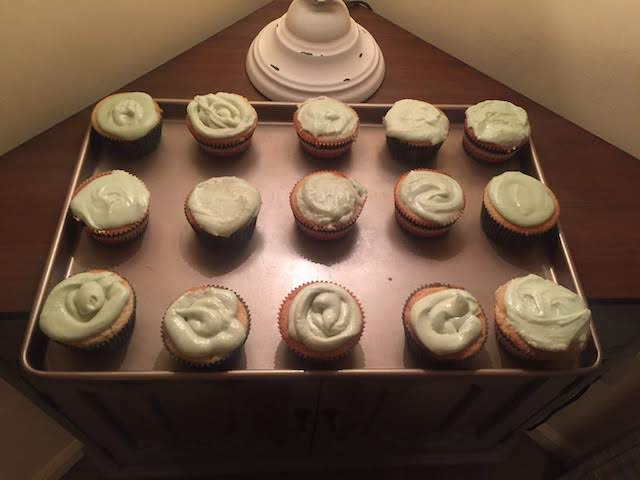 Ever since middle school, Max Spady has been perfecting his delicious vegan cupcakes. Because of his food allergies to milk, eggs, fish, shellfish, beef, and sesame, it’s hard for Spady to eat a lot of popular dishes or desserts. Spady admits that his allergies have made it easier for him to go vegan: “I’m just giving up pork and other meats. With the rest, I’m pretty much already there.”

Spady uses soy milk and an egg replacer for his tasty concoctions. To top them off, he uses powdered sugar and vegan butter for the frosting. He loves to bake his cupcakes for friends and teachers.

“If I didn’t make vegan cupcakes I just wouldn’t be able to eat cupcakes, and that’s true for pretty much everything I eat, and I just want other people to be able to eat them.”

Arram Dreyer, Spady’s government teacher, got to taste his vegan cupcakes when he gave them to Dreyer as a present: “The cupcake was more than a cupcake. It was ambrosia for my soul,” dotes Dreyer. He explains that Spady presented him with the sweet treats after noticing that Dreyer was experiencing some stress. “I think this says a lot about Max. It says that he’s a caring, loving person, and we need more people like that in the world today.”

Mix in flour and vanilla

Put a toothpick through the center of a few- if it comes out clean, it is done. If not, check it after every two minutes.

Here is Max’s recipe for vegan buttercream frosting from twosisterscrafting.com: